Emergency in Indonesia after the tsunami

SONDA - INDONESIA
A campaign by

Thousands of children need emergency help after the new tsunami in Indonesia. 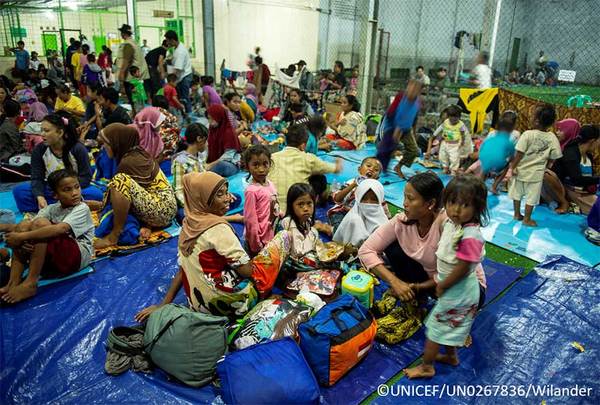 A tsunami has hit Indonesia again this Christmas, specifically the Sonda Strait, located between the islands of Java and Sumatra. So far there are 426 dead, almost 7,200 injured people and more than 40,000 displaced people.

Just a few months ago, at the end of September, a powerful earthquake measuring 7.5 on the Richter scale hit the island of Celebes in the center of the country, and then there was a tsunami with waves up to 6 meters high. More than 2,000 people died, more than 4,400 were injured, and almost 211,000 were displaced.

Almost 152,000 children and their families lack access to safe drinking water and sanitation, which, along with low vaccination rates and a high prevalence of acute and chronic malnutrition, increases the risk of contracting diseases. Also, approximately 5,000 children are separated from their relatives, and another 100,000 need psychosocial support.

There are around 1.5 million affected people, 525,000 of them being children. Their most urgent needs are receiving water, shelter, food, and protection.

UNICEF, together with its partners, wants to:

ACTIVITIES
WHO WILL BENEFIT?

The direct beneficiaries of the project are the children affected by the tsunami in Indonesia, as well as their families.