Protection and assistance for displaced communities in Iraq

ANBAR - IRAQ
A campaign by

The people of Iraq continue to suffer as a result of armed conflicts in the region. 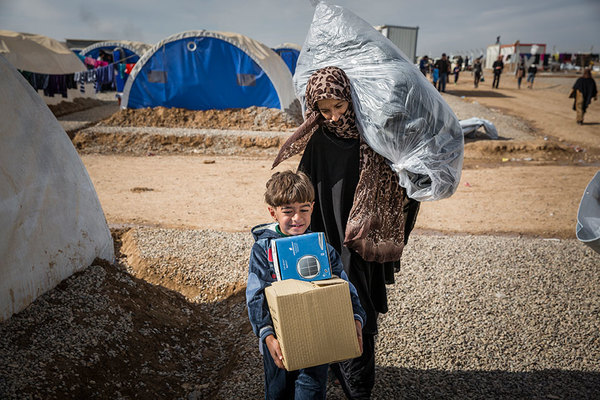 In 2014 the terrorist group ISIS began to attack and occupy cities in Iraq, as a result of that, forced the displacement of more than 2.5 million people who were compelled to flee the violence and seek refuge and assistance in other areas of the country. After 3 years of war, Iraq has managed to defeat ISIS and recover the occupied territories, however, now it faces the important challenge of rebuilding the country and providing durable solutions for its population to escape poverty.

Currently, Iraq estimates that more than 2.6 million people, from the displaced population, have not yet been able to return to their places of origin. Out of that number 111,042 are in the Anbar area, where this project will be carried out.

One of the most urgent needs for the displaced population is related to basic needs, which cannot be accessed due to limited work opportunities and financial resources. To ensure that displaced Iraqi population can recover their normal life and dignity, UNHCR will provide basic emergency kits to families in need in the Anbar area.

Distribution of basic items kits, allowing 21,000 displaced Iraqis to recover their normal lives and dignity. A kit is going to be delivered to each family. Every kit contains blankets, mattresses, a kitchen set, a stove, a solar lamp, a hygiene kit, and a water container.

Over 21,000 people (and more than a half of it are women) will receive UNHCR protection. 3,500 families, among the most vulnerable, are living in camps in the Anbar area (with an average of 6 people per family). All of them are going to receive emergency items such as blankets, stoves, mattresses or kitchen kits.