SAN LUCAS - BOLIVIA
A campaign by

In Bolivia, almost 40% of the population lives below the poverty line. 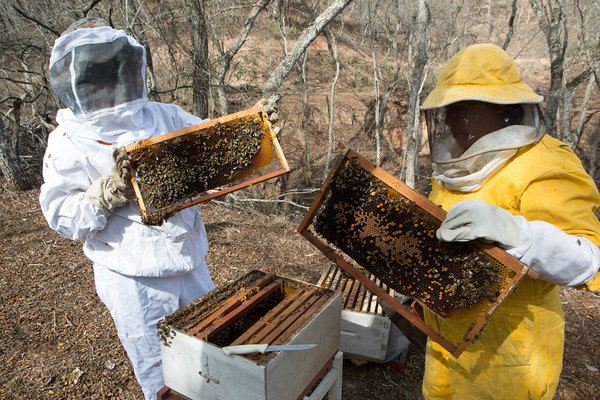 In the municipality of San Lucas, located in one of Bolivia's four poorest departments, 51.82% of the population is estimated to be living in poverty. San Lucas is classified as a municipality that presents a degree of extreme poverty, where the generated income is not enough to live with dignity.

The population of the municipality is mainly of peasant and indigenous Quechua origin. Its economy and food is based on subsistence agricultural production through small plots of crops. The productivity indexes of the agrarian exploitations are low mainly due to the limited access to water. This situation is affecting the productive capacity and income generation, as well as guaranteeing the food security of the population. In order to alleviate these needs and promote food security and local economic development, it is necessary to implement sustainable productive activities appropriate to the capacities and context of the area.

In San Lucas beekeeping is considered an economic activity with potential given the conditions of existing bee flora in the area. According to existing technical studies, 2,500 bee boxes could be installed. All this would allow at least 250 families to be involved in the chain, with a secure market opportunity with the state-owned company PROMIEL. In this way, the potential of this economic activity will be validated and a response will be given to the training and technical assistance needs of 105 small honey producers of San Lucas, mostly women, to make beekeeping and production sustainable.

Promote food security and local economic development of the Municipality of San Lucas through the promotion of resilient agricultural practices that generate an improvement in income and nutrition of producing families.

To make the population aware of the development of productive practices that respect the environment and of the need to diversify the food of the families in order to improve the nutrition of the population.

Strengthen the production of beekeeping in apiaries (beehives) of rural and indigenous women's organizations in 7 communities of the municipality of San Lucas, based on the exercise of their economic and organizational rights.

To reactivate the beehives of 105 people, mostly women, through the following actions:

The direct beneficiaries of the project are the 105 people, mostly women, from 7 communities that currently have 315 boxes of bees, of which only 107 are functioning and obtaining yield. The rest of the boxes are not being developed due to the lack of capacity of the producers.