BENIN
A campaign by

Today, the community of Lokotomé lacks access to electricity, which has a direct negative impact on the economic and social development of the community. This especially affects the local women's cooperative that carries out the extraction of palm oil, which during the time of maximum production are forced to work at night using kerosene lamps, which represents a fire risk. In addition, the lack of lighting in communal areas increases the risk of dangerous insect bites, prevents nighttime study and school performance of the Lokotomé children population. 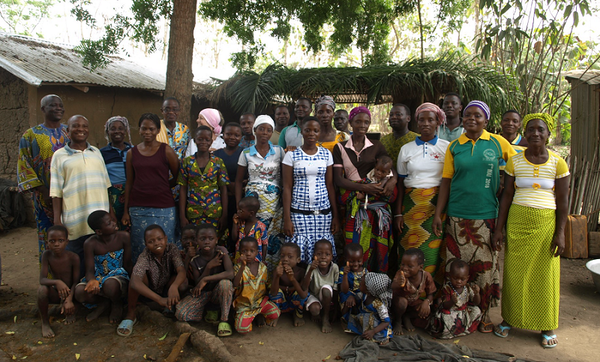 The scope of the project is the public outdoor lighting of the Lokotomé community with photovoltaic (PV) solar lamps. One of the lampposts will have power connections for a television and a mobile charging device. The objective is to train the existing women's cooperative to improve the palm oil production process and allow them to operate safely at night in the harvest season.

Likewise, it is important to highlight that the lighting of the cooperative's work camps will mean a significant increase in oil production, which may be greater than 30 percent, which will have a direct impact of the same order on the income from its sale. .

At the same time, the safety of people in night work will increase, both by the elimination of kerosene lighting, which will reduce the possibility of starting fires, and by decreasing the probability of bites.

Children do not have lighting at night to study, nor to enjoy leisure activities. For this reason the project will enable the training and instruction of groups that need it, through the projection of didactic units appropriate to their needs, thanks to the TV stand, in addition to enabling the night study of schoolchildren.

In addition, posts for mobile phone plugs, widely used by the population, will be installed, which will be a source of income that will help the sustainability of the project. At the moment the inhabitants of these communes charge their mobiles paying the services of a traveling provider (cyclist who has photovoltaic panels). The recharging of phones in the community itself will mean an immediate service and will generate both additional income for the community and savings for users, as well as contributing to the maintenance of the installation, of which the user feels that he owns the same fact.

The execution of a pilot project in the village of Lokotomé is proposed, to extend it to the rest of the communities of the OUEDEME-ADJA district, in successive actions.

Illuminate the town of Lokotomé with photovoltaic solar lamps, which improve the quality of life of its inhabitants through sustainable means.

The project is aimed at the Lokotomé population of 482 people, mainly women and children.

The population is essentially agricultural and composed of humble families, with scarce resources, women dedicating themselves to the collection and extraction of palm oil and men to take care of the plantations, in addition to participating in the collection of palm nut, subsistence agriculture and small commerce.